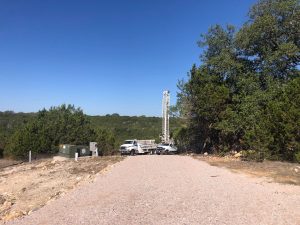 This past week was a busy one for the WSWSC. Centex drilling came out and drilled two new wells. These will be wells number 4 and 5 for Whitewater Springs and will be the first new production wells in over 12 years.

The first new well, drilled early in the week, was on lot 216 at the corner of Edgewood and Whitewater. It was drilled to a total of 670 feet and took four days to complete.

The second new well, drilled at the end of the week, was on lot 605 at the corner of Wagon Wheel and Murphy. It was drilled to a total of 410 feet and was completed in less than two days. 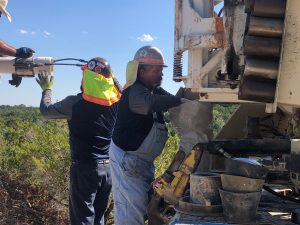 BBA will be performing pump tests on both wells next week. The driller’s preliminary reports are promising. Hopefully the pump tests will confirm that they will both be productive wells. These new wells are WSWSC’s latest effort to ensure a continued stable water supply for our growing community.

I’d like to recognize the hard work of David Giles in managing both well projects. He has been tireless in moving these projects forward to eventual completion. 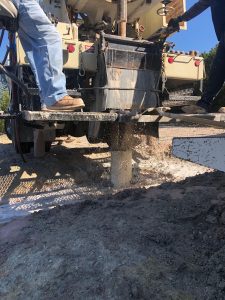